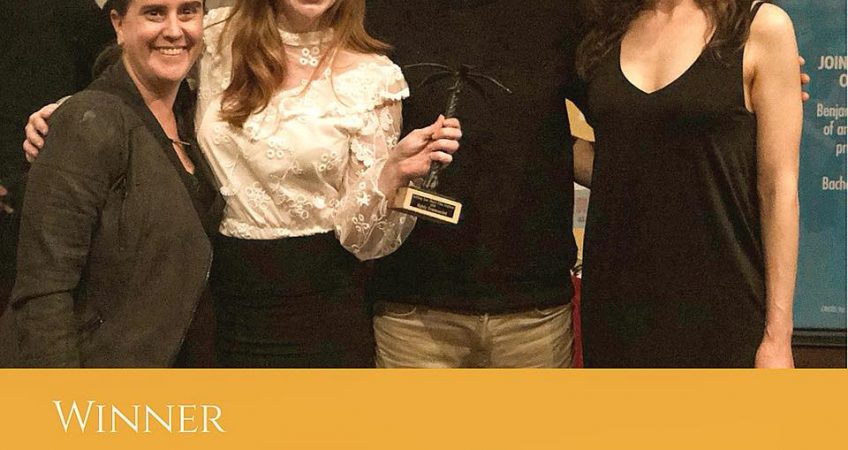 FOR IMMEDIATE RELEASE: Amy Elizabeth Price in Australia this December with Her Award Winning Short “My Little Life”

This coming December the award winning short “My Little Life” will be presented with a special screening and post Q&A session at Customs House, Williamstown. The star of the film Amy Elizabeth Price will be in Melbourne for the event and will participate in the session along with the Director David Willing. Amy, who is based in Los Angeles made enormous waves in the industry with this hilarious short, she is the writer, executive producer and the comedic star of the film which has been officially selected in an impressive 17 film festivals world-wide. The film also took out the Best Oceania Short Film Award in Spains Amazing Shorts! Film Festival proving when it comes to comedy – Australians really own the funny.

Hailing from the beautiful Great Ocean Road, Amy is originally from Torquay where she cut her acting teeth with Geelong Lyric Theatre Society and The Geelong Repetory Theatre. An outstanding theatre actress she has performed at The Playhouse, Costa Hall and won audiences over in War on Heels which was officially selected in 17 film festivals. Most recently she completed work on “Meso Land”, an animation comedy by Mark Manjardi. In addition to the accolades Amy received for War in Heels she also won Best Actress at the Genre Film Festival in Tokyo, Japan earlier this year for her performance in My Little Life. The film was also selected to screen at the prestigious Savannah SCAD Film Festival and was nominated for Best Short Film.

The screening of My Little Life will be held on Tuesday 10 December and 8pm at Customs House, 161 Nelson Place, Williamstwon with a Q&A to follow. Tickets $7.  View Trailer