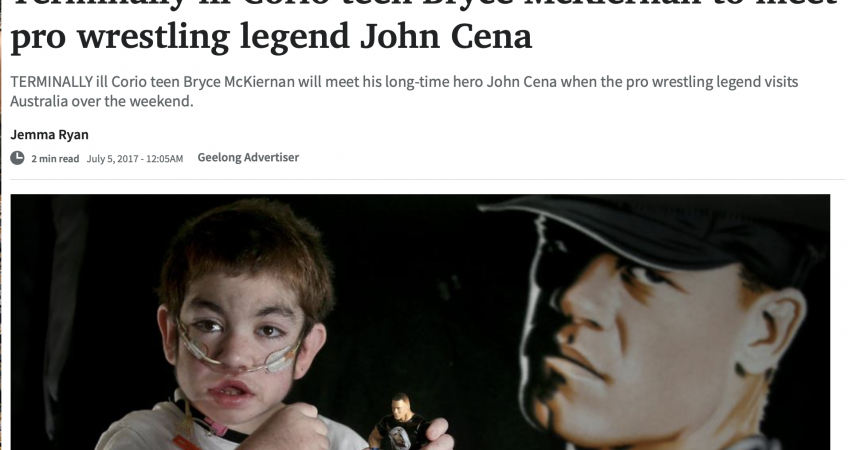 John Cena Tour PR, We Had That Covered!

Back in 2018 John Cena visited Australia for the sell out “An Evening with John Cena”. We absolutely loved doing the tour PR and working with John and his team and coordinated TV, Radio, Editorial and more. A major highlight was arranging for John to meet his biggest fan Bryce McKiernan, who was also gravely ill. Bryce, who was 15 had been a huge fan of John Cena and with not long to live we were able to bring this special moment together for him to meet his idol. We worked closely with Nathan Templeton at Sunrise and then had the privilege of witnessing the moment on stage when John met Bryce. A few months later Bryce passed away, we were so proud to have been able to help him meet John and we were sure it was a special moment for John too who was humble, kind and so open and giving. It was a meet of two absolute super stars. The story of the two meeting was picked up by the Herald Sun, Daily Mail and more whilst the meeting went viral with millions of views. It was truly a special story to have been able to bring together.