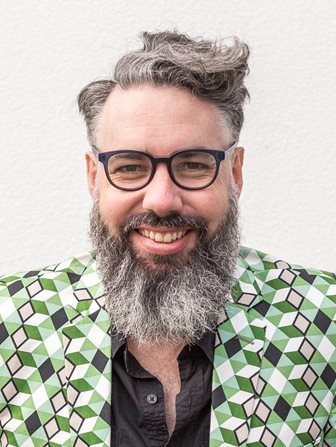 We are so excited to announce we are working with the super talent, big brain for hire Ben Sorensen! Ben is a Voice Artist, Writer, Producer, Presenter & Event Host

In a nutshell Ben is a quirky, witty, eccentric, stylish, multi-platform personality, voice-over artist, writer of columns, lover of music, presenter of stuff and while he is unable to leap tall buildings, he is able to bridge the divide between city living and country culture.

Ben is probably best known for hosting one of Australia’s most popular syndicated radio shows on over 140 stations across 5 countries interviewing some of the biggest names in the industry including Taylor Swift, Keith Urban, INXS, Lee Kernaghan, Olivia Newton-John, Darius Rucker, The Moody Blues, and Bon Jovi.  His Podcast Real Country is still broadcast in over 100 countries.

As an MC and host Ben has been entertaining and sharing his personality professionally for the last 14 years all over Australia. With his intelligent humor and energy, Ben brings a cultured and flamboyant edge to the stage, festival or product launch. He has fronted for events including Tamworth Country Music Festival, Restaurant and Caterer of the Year Awards, The Aristocratic International Showcase – USA, Urban CMF, Synnex Alliance Roadshow and brands including Pfizer, Toyota, Coca-Cola, Google, Crown Casino, Microsoft, Intel, Nestle, PAX, BHP Billiton, BMW, Stussi, Synnex, Ryobi, Infosys, Australian Open and Stockland.

Ben has worked stages from the bush to beach, regional towns to the capital cities across Australia and everything in between. Ben’s broadcast credits include host roles on MTV, Nine Network, Southern Cross Ten, WIN Television, PRIME, 3AW, 4BC, 97.3FM, 2SM, 2TM and more! He was also a past Channel 9 voice over and warm up guy however, most of all Ben is a neurodiverse “Brain for hire.”

Contact
Ben is represented by CMC Talent and Little Train Creative and is available as a keynote speaker and consultant in the areas of Autism/Aspergers, Conscious Kindness, Comedy, Advertising, Social Media, Marketing.