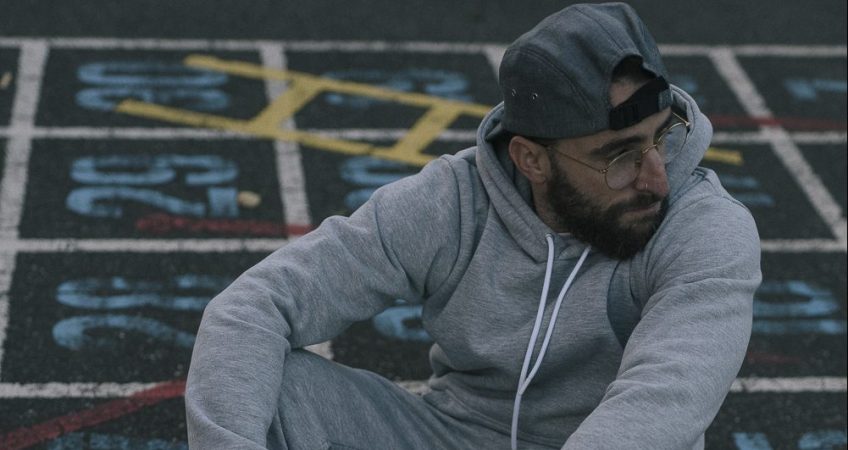 Melbourne based rapper Raphael Recht, on the eve of the anniversary of Michael Jacksons’ death launched ‘Lifexpectancy’ . This is a Hip-Hop musical journey, a soundtrack to Raphael’s experiences of growing up with Cystic Fibrosis; a chronic illness that affects the lungs and pancreas whilst touching on life experiences of being neurodiverse.

Having fought his way forward despite his circumstances and overcoming his own life expectancy, Raphael narrates his childhood and how it shaped his beliefs and coping systems in life. Raphael’s music amplifies positive affirmations with hard hitting messages. The music invites listeners to reflect on their own life, beliefs and how they’ve shaped them.

Tracks such as “Breathe” blend thoughtful lyrics with beats by a live drumkit and piano led melodies. The track builds up to a chorus reminiscent of the Roots and John Legend’s “The Fire”. “Ripples” explores anxiety with a driving mariachi band vibe coupled with a referential guitar melody as Raphael journeys through life. “Fruition”arrives as a beautiful, soulful expression reflecting on neurodiversity with life’s purpose at the heart of the lyrics. Niasha provides a beautiful balance as she croons the verses, bringing the yin to Raphael’s yang. Finishing the album is “Ego” a hard driving, classic Hip-Hop track with reflective lyrics pondering the idea of self.

Raphael shot to the nation’s attention when in 1997 he met and performed with Michael Jackson. Inspired, Raphael continued his journey in the industry officially hitting the scene as a performer in 2012 whilst navigating life with Cystic Fibrosis.  In 2021 Raphael performed “Lifexpentancy” at LaMama Theatre as a part of their reopening. This performance was accompanied by visuals and was a musical version of the album reflecting on adversity and examining the truth of their surroundings.

A student of life and many schools including the Victorian College of the Art’s performing arts secondary school, Raphael is an advocate for raising awareness of Cystic Fibrosis and neurodiversity through his art. In addition to being a musician, Raphael is a freelance photographer, filmmaker, creative director, performer, and health advocate. He has worked in multiple projects based in Australia, Japan, Iceland and Scotland.

“Lifexpectancy” launches Monday June 20 and features 9 Hip-Hop tracks. The album is available for download on Spotify and other streaming platforms.

To review the album, play a song on air or to interview Raphael, please contact Publicist, Bronny Lane Bronwen@littletrain.com.au / 0413 221 252